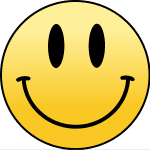 In the last few years, the United Nations put together a happiness index to measure the general life satisfaction and fulfillment of a nation’s people. It examines income levels, life expectancy, generosity of the people, corruption, freedom and social support. By measuring life expectancy, income inequality, well being and ecological footprint, the index gauges quality of life beyond income and consumption. The index signals the resilience of communities as well as the level of overall life satisfaction and happiness of people.

The Happiness Index was developed by the United Nation’s Sustainable Development Solutions Network, and the first report was published in 2012. The project began in the Buddhist country of Bhutan whose prime minister, Jigmi Y. Thinley set out to measure Gross National Happiness of the country’s 700,000 people. Instead of measuring productivity in terms of products and growth, the purpose was to measure well being and life satisfaction of the people as a true measure of success and productivity.

Under the Happiness Index, The GDP is replaced by the GNH as a measure of the success of a nation, its governing body, and its people. The project has grown in popularity and credibility over the last few years and has been adopted by the UN as part of its sustainability initiative. It marks a big globally shift in how we measure success, achievement, and value as a world from the predominantly western focus on money and consumption levels to one that values overall wellness and sustainability.

The UNH sets a new standard to measure success. It shifts the global value system from measuring the quality of life, based on the consumption and purchasing power of the individual to recognizing that happiness is based on interdependence and social cohesion. Quality of life suffers if the environment is polluted and people are unhealthy. Social cohesion, as well as sustainability, are really vital parts of measuring life satisfaction. Once people have enough income to meet their basic needs and move beyond survival struggles, other aspects of life can take on more importance.

Each year since the creation of the index, Costa Rica ranks among the happiest nations in the world. The country’s carbon neutrality, high life expectancy and general well being of the people are all factors contributing to happiness levels. Costa Rica abolished its army many years ago and instead chose to focus on creating a nationalized healthcare industry as well as a strong education system. This rechanneling of energy and focus has created the most stable democracy in Latin America as well as a relatively healthy population.

Costa Rica was also the first country to run its public utilities 100% on renewables. Now Costa Rica is focused on revamping its transportation system to achieve fossil fuel independence and improve public transportation to achieve carbon neutrality by 2085. According to the Tico Times, “Cars and trucks account for 70 percent of all petroleum consumed in Costa Rica, and 40 percent of the country’s total carbon emissions.” Costa Rica is also known as a destination for ecotourism and the country’s commitment to the preservation of natural resources, a clean environment, and one of the healthiest places to live in the world. These factors all contribute to why Costa Rica continues to rank high on the Happiness Index each year.