Here are the World's Best Places to Retire in 2021

Here are the World's Best Places to Retire in 2021 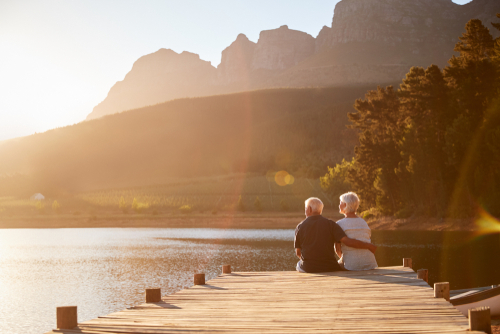 As the pandemic disrupts retirement plans for millions of Americans, many may consider moving abroad for their golden years to capitalize on lower costs of living and cheaper housing, among other factors, according to a new ranking.

Countries ranging from Costa Rica to Vietnam made this year’s list of the world’s best places to retire from International Living, a lifestyle magazine on how to live overseas.

Read more: Where to live in retirement: A full breakdown

“Our choice of countries reflects a huge range of lifestyles and locations — they’re the places we think you’ll find the best combination of factors to suit your overseas retirement,” Jennifer Stevens, the magazine’s executive editor, told Yahoo Money. “We’ve got people on the ground in each of them, reporting facts and figures, and sharing their insights about the places they’re proud to call home.”

The magazine used 10 factors to help calculate which countries rank best for retirement. They are: cost of living, housing, healthcare, retiree benefits, visa/residence, fitting in/entertain, development, climate, governance, and opportunity. The rankings were determined based on statistics and real-time correspondence from journalists across the globe.

Read more: Working in retirement: Everything you need to know

The magazine purposely leaves the U.S. out of its ranking because the vast majority of its readers are Americans who are already familiar with life in the U.S.

“They know what they pay at home and how they’d characterize their own quality of life,” said Donal Lucey, an author at International Living. “So we don’t attempt to do that for them.”

Here are the top 10 places to retire this year.

Claiming first place, Costa Rica tops the list with a cumulative score of 85.2. The country, which claimed high scores across all 10 categories, has the top spot in healthcare. The country’s low cost of living, reflected by a score of 84, also makes it an enticing option for retirees.

“As expats Tom and Diane Brown — originally from Washington State — put it, speaking from their new home in Costa Rica’s Central Valley: ‘We live very comfortably on our two Social Security checks and my pension,’” Stevens said. “‘We can easily live on $3,000 a month here, including a gardener and a maid. We also put away $500 each month for travel.”

The country’s hospitality and people are also a motivating factor for retirees to settle down there.

“Perhaps the #1 best thing about Costa Rica is the people,” Casey Halloran, CEO of Namu Travel, a tourism brand group, told Yahoo Money. “They are just incredibly nice human beings, many speak English, and, in large part, they welcome foreigners.”