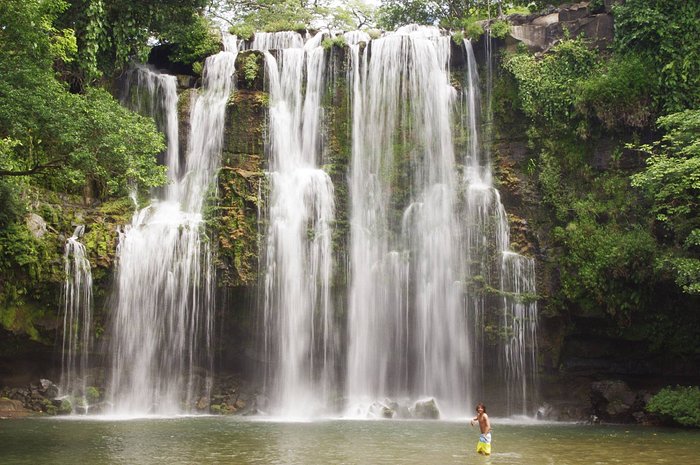 San Jose, Costa Rica's capital, is located in the Central Valley. It has evolved into a modern, cosmopolitan metropolis, housing one-third of the country's total population. On the city's west side, Escazu and Santa Ana are popular neighborhoods. However, many people also prefer to reside in Heredia, a mountainside suburb that is colder and rainier.
San Jose, home to the Juan Santamaria International Airport (SJO), is also an excellent starting point for travelers visiting other Costa Rica locations like Arenal and the Monteverde Cloud Forest. Various people opt to remain and experience the city's many museums, cultural attractions, and interesting pubs and restaurants. Many travelers like the real experience of strolling around the chaotic yet fascinating central market.

San José, located in the center of Costa Rica, is one of the country's most diversified provinces due to its dense metropolitan capital city, often known as downtown San José. Its central location provides easy access to the most famous sites around the country. Furthermore, San Josét is extremely simple because many roads are paved instead of some less-developed places along the coastline and in thickly forested areas. San José, one of the most inhabited regions of the nation, has a pleasant and moderate temperature and welcomes visitors daily.

Central Park, Morazan Park, Spanish Park, National Park, Democracy Plaza, and the Jade Museum are among the top attractions in San José. The Jade Museum is one of the best in the country, and it houses the world's most extensive collection of American jade. Exhibits are organized by cultural region and include gold items, masonry, and pottery.

Things to do in San Jose

The Gold Museum, located beneath Plaza de la Cultura, houses approximately 1600 pre-Columbian items of art dating back to 500 AD. There is also an anthropological collection of roughly 100 artifacts, including textiles. You may also learn about the history of money in Costa Rica and examine historical coins and banknotes at the show’s end.

The National Museum is housed within the 1917 Bellavista Fortress. The museum is jam-packed with exhibits, and you'll be able to spend hours exploring and learning about Costa Rica's colonial, archeological, geological, religious, and current history. Then, finish your trip at the top of the museum for a panoramic view of the city.

The Jade Museum has the world's most extensive pre-Columbian jade artifacts, with over 7000 items on display. The museum is divided into six displays that depict the history of jade and its cultural, economic, and religious applications throughout history. The museum is easily accessible from Central Avenue. Bring a Spanish-English dictionary because the majority of the displays are in Spanish.

San Jose built up around its major square, La Plaza de la Cultura. Ticos are constantly passing through the plaza to and from work or shopping on Central Avenue. In addition, the plaza is within walking distance of the Gold Museum, National Museum, Jade Museum, and National Theater.

Avenida Central is a pedestrian retail route near Plaza de la Cultura that finally leads to the Central Market. Vendors and street entertainers may be found everywhere. In addition, you may purchase unique indigenous medicines and cures, souvenirs, and traditional meals as you go along the avenue.

San Gerardo de Dota is one of the most attractive places in the area to go bird watching, with spectacular views of rolling hills and the Cordillera de Talamanca in the backdrop. This region is home to over 200 aviary species, and the park is a must-see for wildlife enthusiasts. San Gerardo de Dota has not yet become a popular tourist destination, so visitors may find it calm and unique. The adjacent Savegre River is a fantastic place to throw a line, but hiking is second to none.

It's not even necessary to leave San José's city center to experience lush vegetation.

La Sabana Park, a popular hangout for residents, is a must-see for every visitor to the city. It is the largest and most significant urban green area, equivalent to New York's Central Park.

The National Stadium, a 40,000-seat stadium that accommodates foreign performers and athletic events, is also located in the park. Even if you aren't attending an event at the stadium, the architecture is worth a look.

This park provides essential habitat for many animals and plants in the Cordillera de Talamanca and is known for its enormous population of secretive yet adorable quetzal birds.

The quetzal is a tiny, brightly colored bird that is easy to detect in this area. The optimum time to visit is between December and May when the quetzal population is at its height. The park is home to coyotes, tanagers, hummingbirds, jaguars, tapirs, three types of rainforests, and 14 distinct ecosystems. The park is also located on both Rio Savegre and is home to many vividly colored tropical flora. The brightness of this natural gem is obvious.

San Jose, Costa Rica's capital, is located in the Central Valley and serves as a hub for the country's significant business, industry, and tourism. San Jose's metropolitan region includes attractive suburbs with world-class leisure, entertainment, and modern infrastructure. As a result, residents and investors in San Jose, Costa Rica, have a wide choice of business and residential real estate possibilities. The region is home to major firms such as Intel, and it is growing as foreign companies learn more about Costa Rica's incentives and skilled labor. In addition, millions of people pass through the Central Valley each year due to tourism and relocation, contributing to the region's continuing growth in real estate and international investment.